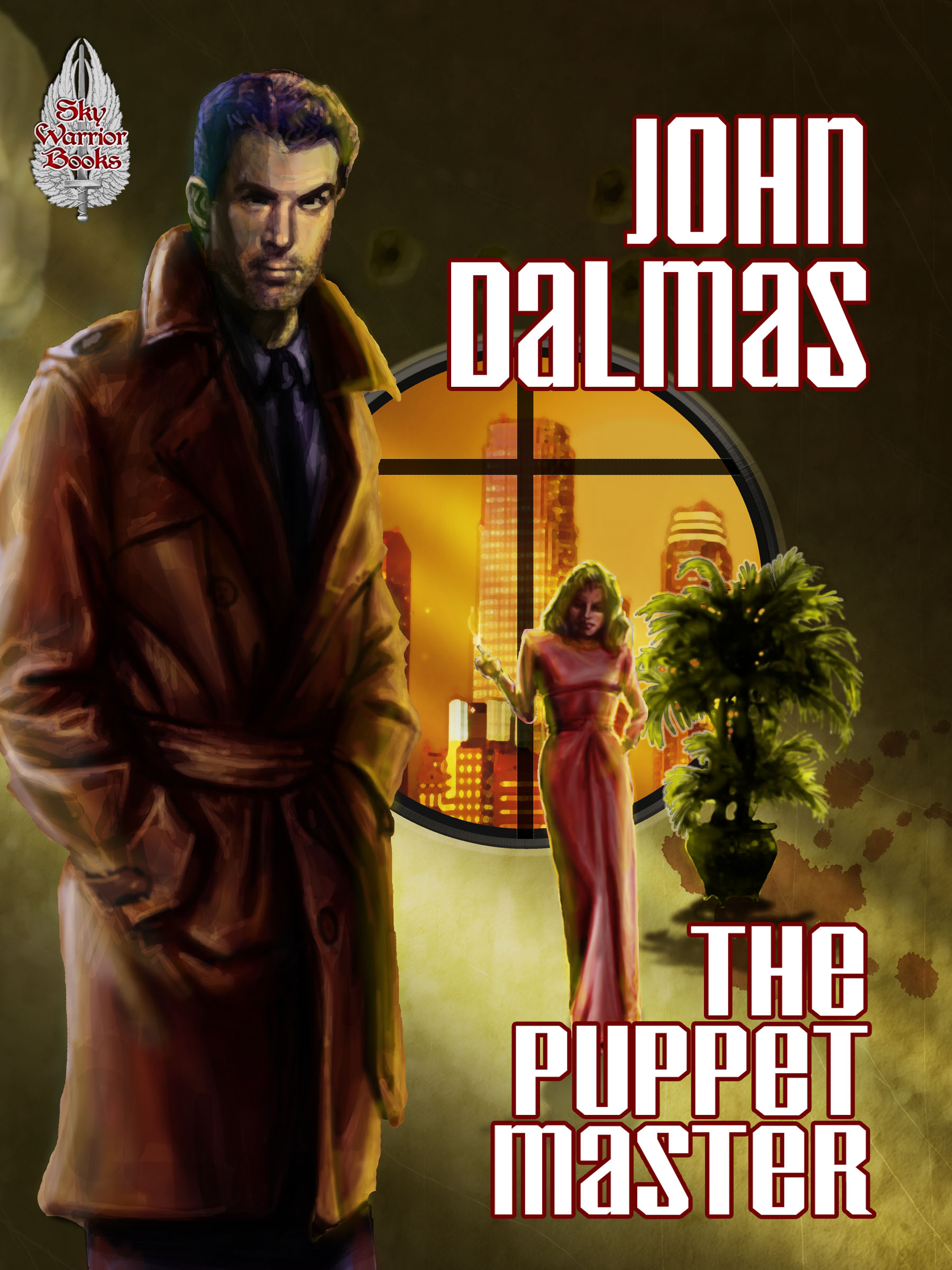 The Puppet Master.
In an alternate time line, technology has advanced civilization where within a few years the world is several centuries ahead. Even though advanced, crime still happens, only now criminals have new ways to cover their tracks. Private eye Martti Seppanen tracks crooks in a Los Angeles that noir detectives would hardly recognize.

What happens when the murderer is someone who can control other people mentally? When the murder weapon is a bioengineered disease? And what if the victim is someone whose existence is a government secret and isn't quite considered human?
''An outstanding writer.'' —C. J. Cherryh

Lightning Wolves.
It's 1877 and Russians forces occupy the Pacific Northwest. They are advancing into California. New weapons have proven ineffective or dangerously unstable. The one man who can help has disappeared into Apache Country, hunting ghosts. A healer and a former sheriff lead a band into the heart of the invasion to determine what makes the Russian forces so unstoppable while a young inventor attempts to unleash the power of the lightning wolves.

The Writer's Guide to Adventurous Professions

Action, adventure, war!  How the heck do you write such stuff if you have no practical experience in the military, law enforcement, or espionage?  The Writer’s Guide to Adventurous Professions will give you the important information you need to produce hard hitting adventure stories that are accurate, believable, and compelling.  Written by two combat veterans, who are now police officers and writers, this fun, fast paced book takes you deep into the special world of soldiers, cops, and spies.