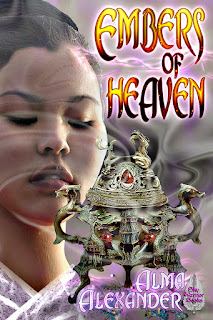 The amazing International Bestselling Sequel to The Secrets of Jin-Shei, Embers of Heaven

Four hundred years after The Secrets of Jin-shei, the Syai Empire is on the brink of civil war. A new voice preaching equality promises hope for the downtrodden, but the ensuing people’s revolution brings terror, reeducation camps, and death to anyone embracing the old ways.

An outsider and a child of two worlds, Amais searches for the magical bond of jin-shei, the women’s oath, in her ancestral home of Syai, unaware that her quest will bring her to the very person who may destroy her and her family. And yet, she must face him, or all hope for Syai will be lost…

“Beautifully written, with rich characterisation and captivating originality, it quickly draws you in and is a real page-turner.” -- Glasgow Evening Times

“The Last Samurai has nothing on this complex adventure.” Belfast Telegraph

"A beautiful and magical tale of one girl's quest to restore the secret language of jin-shei and its customs to Syai four hundred years on from its peak. Amais finds her crusade swept up in a people's revolution which threatens her bid to restore the once powerful sisterhood. Richly layered with a strong sense of place and wonderfully written characters. Perfect if you enjoyed Memoirs of a Geisha." -- Lovereading.co.UK

Sadly, it is not available from Sky Warrior Books in the UK, Spain, Portugal, Netherlands, or Serbia.

Email ThisBlogThis!Share to TwitterShare to FacebookShare to Pinterest
Labels: Alma Alexander, Embers of Heaven, new releases, The Secrets of Jin-shei

Save GREEN on St. Patty's Day with Modern Sorcery #FREE on #Kindle 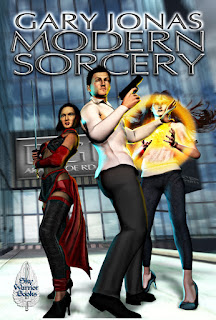 We're doing it again!  This time, we're giving away a free Kindle e-book of Modern Sorcery

by Gary Jonas today, March 17, 2012. Get your copy today.  Save green while wearing green.  You can get your free copy here: Modern Sorcery

We also have paperback copies of Modern Sorcery available on Amazon for $13.95.

Posted by Unknown at 7:23 PM No comments: 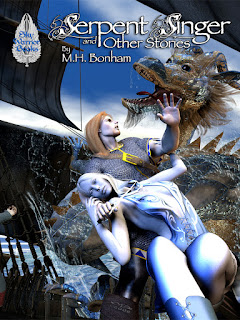 We're at it again.  You can get your very own free Kindle copy of Serpent Singer and Other Stories

, tomorrow, March 7th. What's the occasion?  I'd like to say that since we're going back to Daylight Savings Time (which doesn't save anything), the least I can do is save you some money on some cool Kindle books. You don't need a Kindle device to read your book, just a Kindle app available free on Amazon.  You can read the book on your iPad, phone, tablet or computer.  So check it out! Get  it here: Serpent Singer and Other Stories